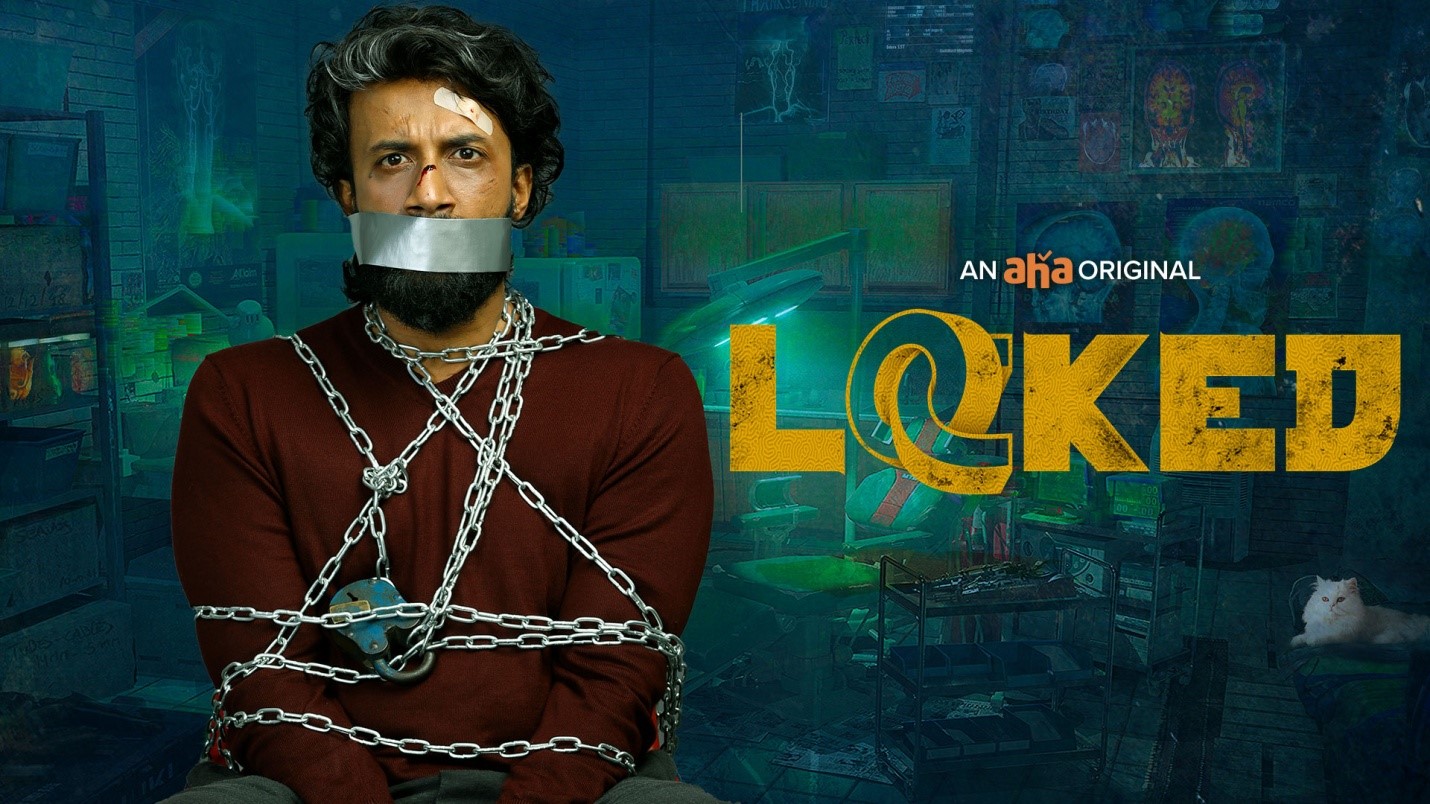 Locked most viewed and loved web series on aha. This suspense thriller will blow your mind. This web series is the best among all if you’re looking to watch a thriller. The whole story deals with Dr. Anand and all the other characters  get locked in his place and what does Anand do to prove him right. You will definitely enjoy the story and its epic twists. Web series like these are the biggest fun and entertainers to watch anytime. Watch series online like these on Aha only. Locked web series online is available on Aha.

This thriller is all about the Dr. Anand and its epic house locked with the strangers. Dr. Anand is a neurologist, who is great at his work. All the people are shocked by his actions in the medical field. So the series starts at a fast paced story. So Anand is a great professor in a college. His students admire his work. He is also a very good looking man and there are fans for him. One day one of his students was very curious about how he solves the cases and wanted to check his work. He goes home silently like a thief where no one notices. And later the actual thief came to rob the Anand house. They enter the house by ringing the door, the student opens the door, but they think of him as Anand and give him the drug. They take all the money from the house, when they go up to check for some more money in the cupboards they find the body of Anand. They get shocked and have no clue how to act in the situation. The web series revolves on how the two female thieves get caught and tell the truth and what will happen to the student who followed him.